One evening I was sitting in my living room working on the photographs I’d taken at the Cincinnati Zoo when the phone rang.

I thought it must be Ed—my Romanian life partner of 30 years. 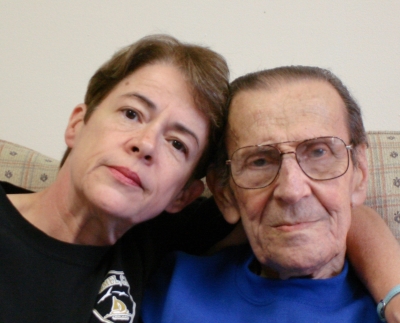 But it wasn’t. It was a sweet female voice I didn’t recognize calling to tell me she’d found Ed driving on the wrong side of the road. He’d pulled over, and so she’d stopped too.

Seeing how confused he was, she offered him a ride home, where he told her to call me.

Oh, my God! I thought. He could have been killed. Or killed someone else. I was really upset. He knew he wasn’t supposed to drive after dark. He’d promised me.

I tried to convince myself it wouldn’t have happened had he not been driving after dark. In my denial, I failed to make any connection between that event and the many lapses of memory and other signs of confusion he’d been showing for some time.

Related TinT Article: Does Your Loved One Have Alzheimer’s Disease?

I rushed to his apartment, where I found him sitting on a sofa in the lobby looking terribly confused.

We took the elevator to his apartment. When we arrived, I asked to know why he’d been driving after dark.

He explained that he’d gone out to buy some Italian bread and when he came out it was dark. He said he got ‘meexed’ up (as he pronounced it). He said he turned on the wrong street and got lost. 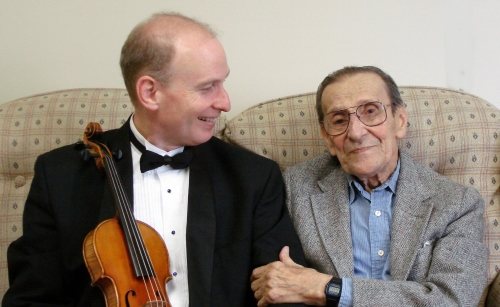 Ed and the Violinist

I Googled “stop driving” and found 5 tips from the Alzheimer’s Association about signs that a loved one with Alzheimer’s or another dementia should stop driving:

1. Forgetting how to locate familiar places.

3. Driving at an inappropriate speed

5. Becoming angry of confused while driving

“I then realized the cold, hard truth. Ed simply had to stop driving.”

In the days, weeks, and months after that incident, I asked Ed to stop driving. I begged him to stop. I implored him. Cajoled. Pleaded. Insisted. I ordered him to stop.

I alternated that with trying to explain in reasonable terms why he should stop. To no avail. His response was always the same.

“I will never stop driving!”

Had I disabled the car he would have found mechanic to come to fix it.

Had I hid the keys he would have figured out how to get replacements made.

Had I parked the car around the corner he would have filed a police report. They’d have found and returned it.

I could have tried having his doctor or lawyer talk to him about giving up driving. People often listen to someone else when they won’t listen to a loved one. But I was certain he wouldn’t listen to them any more than he’d listened to me.

“Then little by little I accidentally—without realizing it or planning it—found a way to get him to stop driving.”

I started inviting him to come along every time I went to the grocery store. He was always happy to go and let me drive.

Then I started inviting him to various other stores and took him to those, too. Eventually, I took him everyplace he needed to go or I simply did his errands for him myself.

Thus I had taken away his need to drive, and pretty soon he stopped driving. In fact, he never drove again the rest of his life. 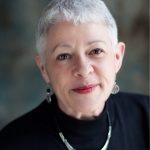 About the author: Marie Marley, PhD, is the author of ‘Come Back Early Today: A Memoir of Love, Alzheimer’s and Joy,’ which was a finalist for five literary awards. She is the co-author (with Daniel C. Potts, MD, FAAN) of ‘Finding Joy in Alzheimer’s: New Hope for Caregivers.’

She has also published more than 450 articles about Alzheimer’s caregiving on the Huffington Post, the Alzheimer’s Reading Room, and Maria Shriver’s website. See her website for more information.

Do you have a loved one who is still driving, and you’re not sure what to do? Or have you gone through this tough predicament yourself? Please feel free to share in the comments below:

My name is Mike Good and I created Together in This to help educate all caregivers by providing you with streamlined resources and easy to use tools. I cover general caregiver topics and emphasize solutions for Alzheimer's disease. I  have several friends that are affected by the disease, some of whom don’t remember me from day to day. I have met dozens of caregivers that … END_OF_DOCUMENT_TOKEN_TO_BE_REPLACED