Home » Caregiver » Health » Emotions / Stress » What are the Emotions of Alzheimer’s Disease? 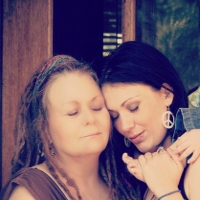 A major problem a family coping with Alzheimer’s encounters is the ignorance of family, friends, and the general public regarding the disease.

Our society has done a poor job in educating us about the challenges our aging population face. As a result, the vast majority of people learn out of necessity after they are thrust into a caregiving situation.

Related TinT Article:
As Caregiver, Your Emotions Can Literally Kill You

For those of us who have not personally experienced the overwhelm of being diagnosed with a terminal illness it’s hard to comprehend and relate to the emotional impact. Consequently, out of insecurity about how to act or what to say, most people will avoid the family, causing the family even more pain.

Educating the general public feels like an impossible task, because quite honestly, they are living their life and don’t have a need to read articles or watch movies about Alzheimer’s disease or other dementia.

But we have to try to reach them. My full-length article, Knowing the Emotions of a Family Coping with Alzheimer’s, which originally appeared on EmpowHER, aimed to help others learn, so they will be more understanding and strong when a friend or family member is confronted by the disease.

I have reprinted it below for your convenience:

As Alzheimer’s awareness grows and more people are diagnosed early into the disease, we are seeing more families fighting back and living well with Alzheimer’s disease.

It’s a fight that requires a great amount of emotional strength from both the person with Alzheimer’s and their family caregivers.

As their family and friends, they need us by their side supporting them. But often our ignorance of the disease scares us; causing us to take flight and avoid the situation. Ultimately we abandon them, leaving them feeling alone, confused, and too often, depressed.

Our fear pales in comparison to the emotional roller coaster that began for them when symptoms first appeared, sometimes years before diagnosis. A formal diagnosis puts a label on their struggle, and for some, may provide a sense of relief.

It, however, also intensifies their emotional highs and lows.

Fear is often the initial, overwhelming emotion that can cripple the family whose thoughts fill with negative outcomes. Sometime’s its fear of the unknown about what lies ahead. Other times, due to previous experience with the disease, its fear of the known.

Navigating a daily mix of emotions becomes the norm for the family diagnosed with Alzheimer’s or another debilitating disease.

For the person with Alzheimer’s, having a terminal illness is a very disheartening situation. Their thoughts and emotions may include:

As the disease progresses, the emotional ride for the person with Alzheimer’s slows, but the ride gains momentum for their carepartner (caregiver) who is committed to helping their loved one.

The carepartner wants to do everything right but Alzheimer’s disease is too unpredictable for perfection to be possible. As a result, the untrained caregiver, who holds themselves to the highest standard, is overcome by guilt even when the smallest thing goes wrong.

In any given day, the family caregiver experiences several emotions that makes coping with even the simple tasks a monumental chore.

There will be many emotional highs and lows as each person goes through their unique coping process. As a friend or family member, we must be sensitive to the emotional toll a debilitating disease can bestow on a family.

However, with us holding their hand or giving them a shoulder to cry on, they will be more empowered to cope with these emotions; thereby, slowing the ride, enabling them to enjoy life together for many years.

Do you have any questions or thoughts? Let me know by commenting below:

My name is Mike Good and I created Together in This to help educate all caregivers by providing you with streamlined resources and easy to use tools. I cover general caregiver topics and emphasize solutions for Alzheimer's disease. I  have several friends that are affected by the disease, some of whom don’t remember me from day to day. I have met dozens of caregivers that … END_OF_DOCUMENT_TOKEN_TO_BE_REPLACED