We are a generation of fixers. We have education and technology on our side. We’ll just buy an app, train our loved one, and everything will be OK. But it won’t be OK.  Alzheimer’s disease is one thing you can’t fix – you can only adapt to the symptoms of Alzheimer’s disease.

Alzheimer’s is more than just a memory disease 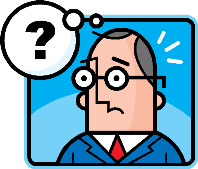 It’s a disease that causes confusion. It makes it difficult to plan.  It causes one to lose perception of time.  It means not recognizing familiar locations, like the grocery store.  It takes away the ability to recall the names of loved ones even after decade-long relationships.

It’s not just forgetting where the car keys are – it’s eventually forgetting the purpose of car keys. If you don’t grasp what I just said, then stop and re-read that last sentence.  Picture yourself with keys in your hands but struggling to know what they are used for.  People get to the point that they don’t even know how to assemble a sandwich.  That’s much, much more than a problem with memory.

You will help your loved one remember

At first you might be successful – at least in your mind.  You’ll create lists for them that might help them remember bigger tasks such as eating or taking out the trash.  Unfortunately, throughout the day, there are so many things to remember.  They won’t tell you that during the day they forgot 20 times why they entered a room.  Do you think they will tell you that they don’t remember your name? Nope.

Your loved one is afraid and embarrassed so they will never share all of the things they forget during the day. And this causes them anxiety and stress.

You’ll try to fix their brain 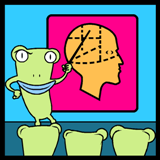 Update: Dr. Bredesen gives me hope that it’s not too late: Prevention and Treatment of Alzheimer’s from a Functional Perspective.

I often wonder if intellectual stimulation is good then why do scientists, business leaders, and presidents get Alzheimer’s? I believe it’s like the marathon runner that has a heart attack, the body was overstressed.

Then you’ll use technology to assist them

That’s what I thought. I started out with the intention of creating the next great app that would make everything better.  It would simply remind them not to forget.  But if an Alzheimer’s patient doesn’t remember to use the app, let alone how to use the phone, what good is it?  Are you going to remind them to use their reminder app?

At first apps or hand written reminders might work, however, eventually they will forget to use these aids. Remember, it is very hard, if not impossible, for them to learn new things. Once I began to understand this concept, it changed my entire perception of the disease.   That’s why you must remain creative and constantly adapt.  Once the app no longer works, create a new system to prolong their independence.

Related TinT Article:
What is Assistive Technology for Alzheimer’s?

You’ll probably spend too much time and money on miracle fixes before you realize that you are not going to be the one that discovers the magic herb that stops Alzheimer’s in its tracks. You’re going to read about this potion and that herb but none of these are going to fix the problem.  If anything, these potions are going to make things worse because the hope for a fix is going to keep you from accepting the fact that you can’t fix it.

Thousands of highly educated researchers around the world are looking for a fix. And millions of dollars are being spent to support this research. Alzheimer’s is not a simple disease that is going to be fixed over night with a miracle potion.

Stop looking for a fix and start adapting today!

By adapting daily to your loved one’s abilities, you can enrich their lives by prolonging their confidence and independence. This will help maximize the quality of life for both of you.

Do you have suggestions on how to adapt to your loved one’s condition? We’d love to hear your thoughts so please share.

My name is Mike Good and I created Together in This to help educate all caregivers by providing you with streamlined resources and easy to use tools. I cover general caregiver topics and emphasize solutions for Alzheimer's disease. I  have several friends that are affected by the disease, some of whom don’t remember me from day to day. I have met dozens of caregivers that … END_OF_DOCUMENT_TOKEN_TO_BE_REPLACED