This article originally appeared on MariaShriver.com in 2015 but was removed when they migrated their site. 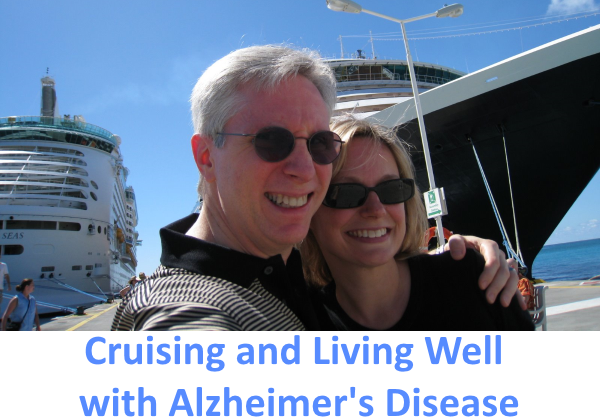 There are many things in life that can punch us in the gut and take the wind out of our sails. A diagnosis of Alzheimer’s or another dementia definitely falls into this category.

But as my new friend, David Kramer would tell you, “Life does not end with a diagnosis and one can continue to really enjoy their life.”

At the young age of 56, Dave was diagnosed with early onset Alzheimer’s disease after two years of extensive testing.

Knowing that Dave was a physician for more than 30 years really emphasizes his point when he says, “We have a disease. We’ve got a disability. In my mind, it’s no different than someone who has diabetes or coronary artery disease.”

To the contrary, the general public still views Alzheimer’s as an “old person’s disease” with visions of people abandoned in nursing homes.

But it’s not. In fact, people can and are living enriched lives with the disease.

Seeing first hand how Dave lives well with Alzheimer’s, you can really appreciate it when you he says, “Alzheimer’s can look very, very different than what is commonly thought about the disease.”

Dave leads by example by maintaining an active and social life. In fact, among his many activities, he recently returned from a cruise and later took a behind the scenes tour of Disney World.

Families dealing with Alzheimer’s or another dementia are often too afraid and embarrassed by the disease to engage is such activities. As a result, they withdraw from society often spiraling into depression.

Dave who’s “not shy or embarrassed” shares that “there are too many who are (embarrassed) and the more we can remove any stigma attached to dementia and Alzheimer’s, the better off we’ll be.”

Much like people with cancer or HIV were decades ago, millions of families with Alzheimer’s remain, to use Dave’s word, “closeted.”

Reducing their fears and empowering them to stay engaged and active is key to helping them live well with Alzheimer’s.

You will get little argument from the Alzheimer’s community that staying socially active is vital to living well with dementia. Dave mentions that “commonly thought of best practices” also include “exercise and eating a healthy diet.”

In addition, possibly the most important piece of living well with Alzheimer’s is a support system. This includes everyone from community leaders to the primary care partner who walks the journey together with the individual.

Walking beside Dave is his wife, Tiffany. Like many care partners, Tiffany provides Dave with strength and stability.

“The key for me to enjoying whatever I’m doing is I’ve got the security of knowing Tiffany is there and will make sure that everything happens right,” Dave is quick to add.

Living with Alzheimer’s is by no means easy for the individual or their family. But with the right attitude, a person can “cruise” with the disease; they just need to be aware that there may be some occasional rough seas and lock arms to ride it out.

You can watch my original interview with Dave here: Living Well with Alzheimer’s, a Conversation

Or, you can listen to it via The Alzheimer’s Podcast below:

Download the MP3 by clicking the icon on the player above.

Related TinT Article:
How a Family Can Live Well with Alzheimer’s Disease

My name is Mike Good and I created Together in This to help educate all caregivers by providing you with streamlined resources and easy to use tools. I cover general caregiver topics and emphasize solutions for Alzheimer's disease. I  have several friends that are affected by the disease, some of whom don’t remember me from day to day. I have met dozens of caregivers that … END_OF_DOCUMENT_TOKEN_TO_BE_REPLACED