Using high-tech to empower the person with Alzheimer’s is about helping them remain confident in their abilities throughout their day. As discussed in my opening article, What is Assistive Technology for Alzheimer’s?, it is the third of four categories on technology relating to the Alzheimer’s care partnership. 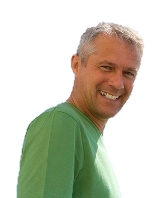 Even without high-tech, a person diagnosed with Alzheimer’s is capable of living a productive life for many years. With high-tech, confidence can be increased even more, resulting in prolonged independence and purpose.

Although short-term memory is typically the first ability affected, Alzheimer’s is much more than a memory disease. Throughout the stages of the disease, a person will eventually lose more abilities such as: learning new things, concentration, communication, and problem solving.

For any device, the user must be able to learn how to use the device before their ability to learn is lost. The user must also recognize the purpose of the device. For instance, one company created a radio that was simple for someone with Alzheimer’s to use. Unfortunately, it didn’t look like a radio so people did not use it. In this instance, the radio should have looked like a radio from the 60’s or 70’s with a dial that would change channels.

For the sake of this article, high-tech to empower the person with Alzheimer’s is categorized into two groups: passive and intelligent. Passive devices don’t have feedback circuitry, and therefore once programmed, won’t adjust their output based on input.

Although not necessarily high-tech, think of a clock that displays the day and time in text – “It’s Monday, 8 am.” This device does the same thing repeatedly but a person who can no longer interpret a calendar on their smart phone can possibly still read such a clock.

A friend of mine with Alzheimer’s, has trouble concentrating when out in public because his brain can no longer filter out ambient noise. For him, a directional microphone attached to noise cancelling headphones could potentially allow him to comfortably go out to dinner with his wife.

Going a little more high-tech, but still not so intelligent, might include a pill box that dispenses the correct medication at the correct time. Or lost-item trackers such as the Duet or TrackR that allow you to attach a small tracker to an item and track it via a smart phone if it’s misplaced.

Intelligent systems have feedback circuitry, and thus, can adjust their output based on changing input. They need more computer processing, and perhaps a bit of artificial intelligence. To adapt to the person with Alzheimer’s, these systems should provide what I call Computer Initiated Engagement (CIE). This level of sophistication could interpret the user’s needs, habits, and potentially their emotions. Using this data, CIE can then compensate by nudging, reminding, and even comforting the user. 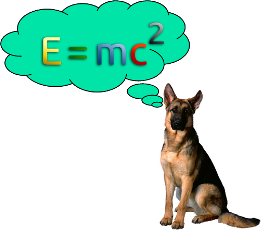 As software continues to evolve with increased image processing and artificial intelligence, solutions will be developed to further empower the person with Alzheimer’s. For example, body-worn vision systems (cameras) with sophisticated algorithms are capable of logging a person’s movements throughout the day. This process, often referred to as life logging, will allow the person with Alzheimer’s to review events in the case of a lapse in memory.

Body-worn vision systems also have the potential to recognize faces or common household items. So instead of feeling embarrassed by forgetting a friend’s name, the system could provide feedback to the user before it becomes a problem.

Since passive devices are not as sophisticated as intelligent devices, the development costs should be much lower with quicker time to market. As of today, intelligent devices specifically for someone with Alzheimer’s may not exist. However, technologies are now on the market which could be adapted.

Beyond reminder apps, there’s a real need for the development of high-tech to empower people with Alzheimer’s. The challenge for developers is that no two people with Alzheimer’s are alike, and mental abilities actually regress backwards at different rates for each person. This regression is opposite that of a child who is learning.

If introduced early enough to the person with Alzheimer’s, the technology could be learned, therefore, making it a transparent part of their life. This will help prolong their independence and purpose by compensating as their needs increase.

Do you have any high-tech ideas or experiences with technology? Please share in the comments below – I’d love to hear from you!

My name is Mike Good and I created Together in This to help educate all caregivers by providing you with streamlined resources and easy to use tools. I cover general caregiver topics and emphasize solutions for Alzheimer's disease. I  have several friends that are affected by the disease, some of whom don’t remember me from day to day. I have met dozens of caregivers that … END_OF_DOCUMENT_TOKEN_TO_BE_REPLACED